"THE CHOREOGRAPHED DANCE OF LIGHT AND SHADOW AT THE INTERIOR OF LE CORBUSIERS CABANON AT ROQUEBRUNE CAP MARTIN.

During her studies at the London Architectural Association, Nogol Zahabi embarked on an experimental project about the spatiality of the interior, relating to the geometric movement of the light and shadow, generated by the intrusion of light through the small windows.

She spent 11 hours inside, from before sunrise until after sunset, registering the patterns illuminated in the cabanon. She choreographed it by moving the leafs (sides) of the windows slowly until noon and later attached mirrors in the afternoon, to get a comparitible geometry. She produced lots of spatial geometry drawings and a video to document the process.

Nogol Zahabi was born in Teheran by architect parents and later moved to London. "
She finished her studies in 2007. 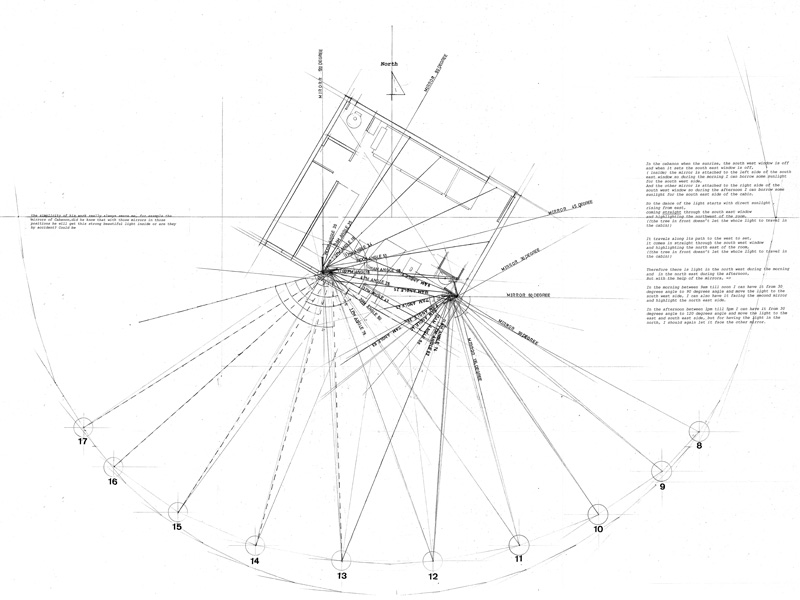 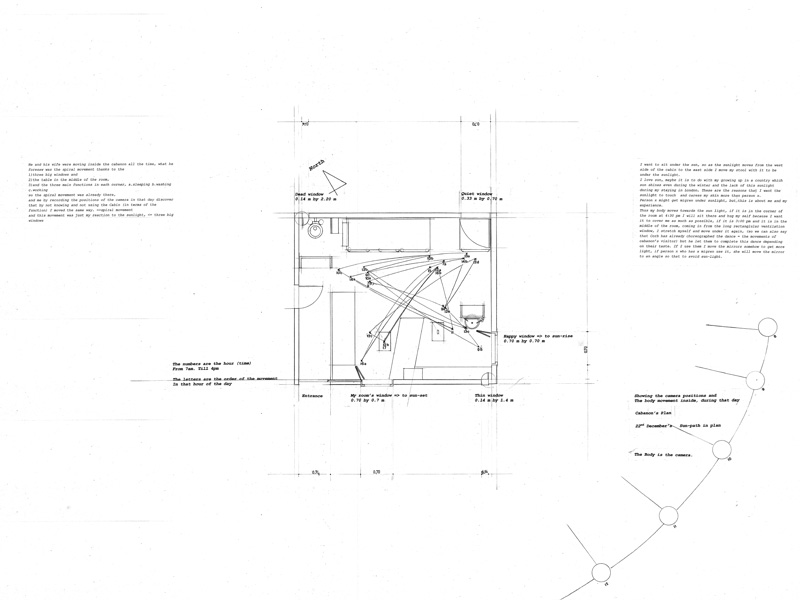 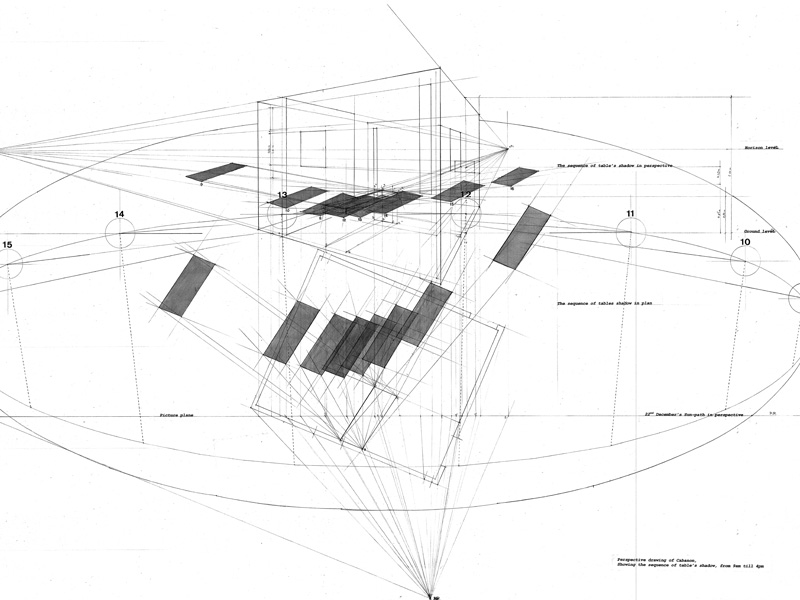 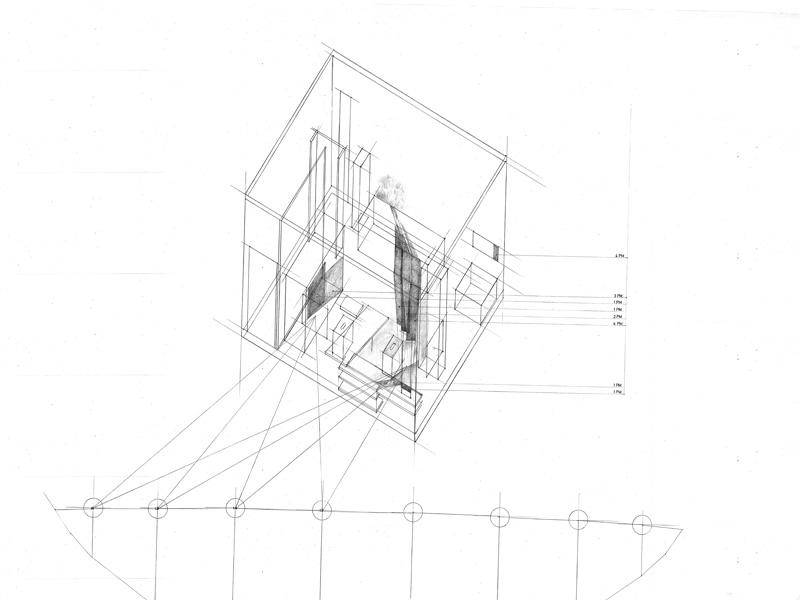 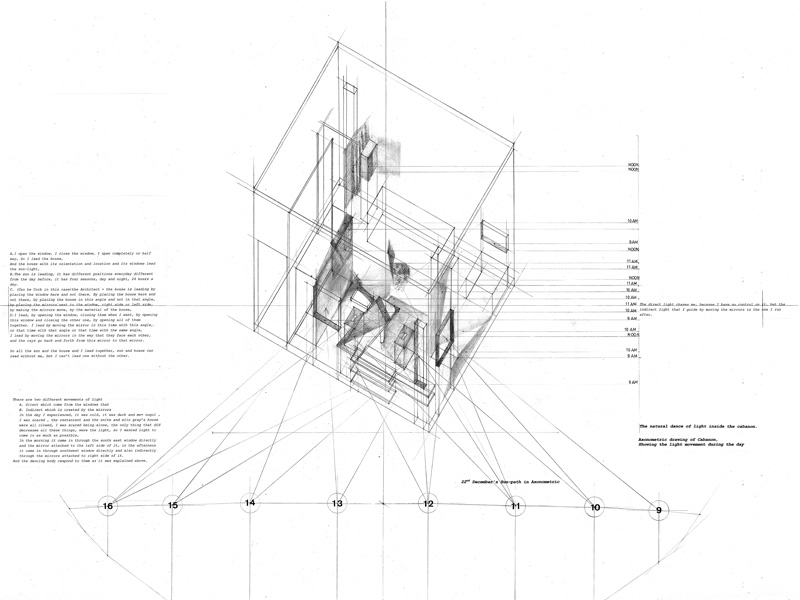 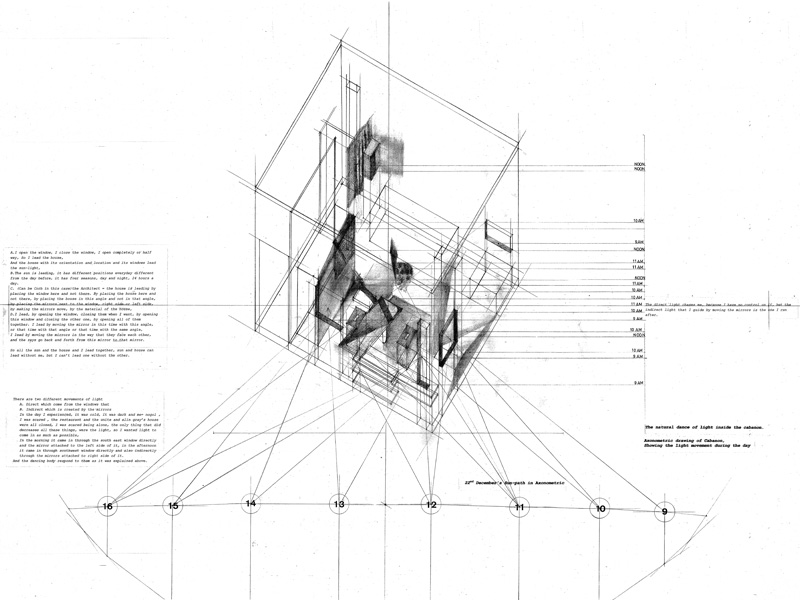